My company is increasingly using Vaultwarden. The Rust porting makes it possible to install easily on any Linux server (even by compiling from the sources).
Though I understand there is no such thing as ‘official support plan’, we are wondering if that’s somewhere in the pipeline.

If not, we would like to know what is the best way to contribute financially. Is it only the Github sponsor as of now? Any plans to use Liberapay or OpenCollective in the future?

At the moment it’s just Github Sponsors and Paypal, mostly because they were popular, simple to create and don’t have any fees.

So far that’s worked for most users, and the most requests for alternative donation systems have been for cryptocurrency, which I’ve mostly stayed away from because I don’t personally have much experience in that world.

I’ll check the options you mentioned though, as it’s always good to have more options.

Ok thanks. They are quite well-known among FOSS communities, and Liberapay itself is FOSS as well.

I think it’s worth supporting Liberapay, at the very least to show support to other FOSS, yeah.

I’ve made a page there and I’ll add it to the list in the repo in a bit: 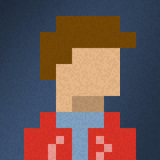 I'm a software engineer from Spain, with a primary interest in Rust-based projects.