I have downloaded the docker container for vaultwarden. I created a backup folder of my /volume1/docker/bitwarden folder using recursive flag.
Chose all the same port numbers and kept my proxy information the same. But the container for vaultwaden is not able to start. Checked the log file but it said it is missing a .env file but I read this is just a warning and not necessary for running container.

I created an export configuration .json file from the original bitwardenrs container. Reviewed the configuration details and updated the container information to reflect vaultwarden/latest and container name to name of “vaultwarden-container”

I dont want to export the individual organizations which are in my bitwardenrs server because it will most likely lost all the individual user passwords and such. I also have attachments in the attachments folder which I need saved and linked properly.

I’m not sure how to update this container…I was thinking there may be an update that can be done with the startup command to something like: bitwarden -update OR bitwarden -rebuild but I dont want it to break my setup if I chose the wrong thing.

I also when setting up the vaultwarden container, i chose port 5555 but it says it is already in use. Even after I changed the port information away from that port from the original bitwardenrs container.

This setup is using a cloudflare tunnel to get access from outside of network. It is working perfectly as is but I want the ability to have all the vaultwarden features that bitwardenrs is lacking. Has anyone done this before?? I have not found and good tutorials on the web to assist in this update.

Have you been able to see if the BitwardenRS container is still running even after you changed the options?

It would indicate that it still is if your port 5555 is still in use even after changing the settings and trying to use it for the new Vaultwarden container.

You will want to stop the BitwardenRS container, and then point the new Vaultwarden container to the same directory as the old BitwardenRS for the SQLite database, and attachments, etc.

I would suggest checking out 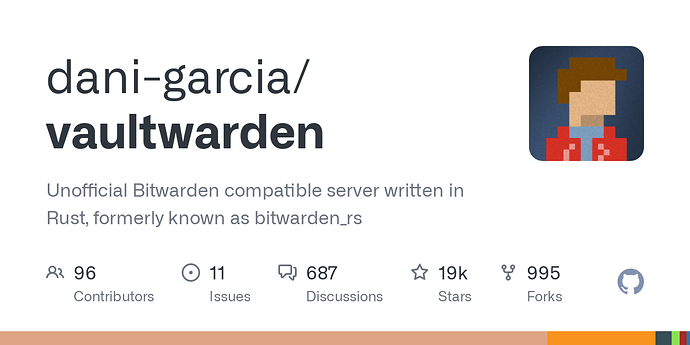 This also goes into detail about upgrading from BitwardenRS to Vaultwarden 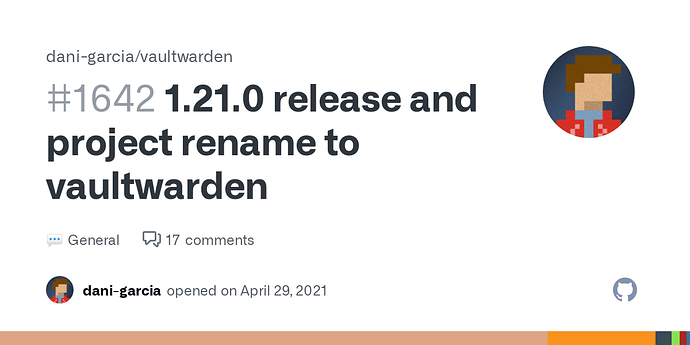 Well I still have the original bitwardenrs server running and did not make any changes to the docker container there. I downloaded the latest vaultwarden server and copied the contents from /volume1/docker/bitwarden to /volume1/docker/vaultwarden and then copied all of the settings as best as I could to a new container with a different port and exported the configurations to a json file and started the new container with the copied data but it is not starting up on the expected port. It says that it is running so I’m not sure why it’s not accessilble. Logs don’t say much regarding any errors.

Im not that proficient in troubleshooting docker containers on my synology but I know a little. I cant lost this information and I feel like I should have the server up to date. I think it is running at 1.21.0.

I used this tutorial to get it up and running so I don’t think it is using a DB to run.
The /volume1/docker/bitwarden/data folder is empty too.